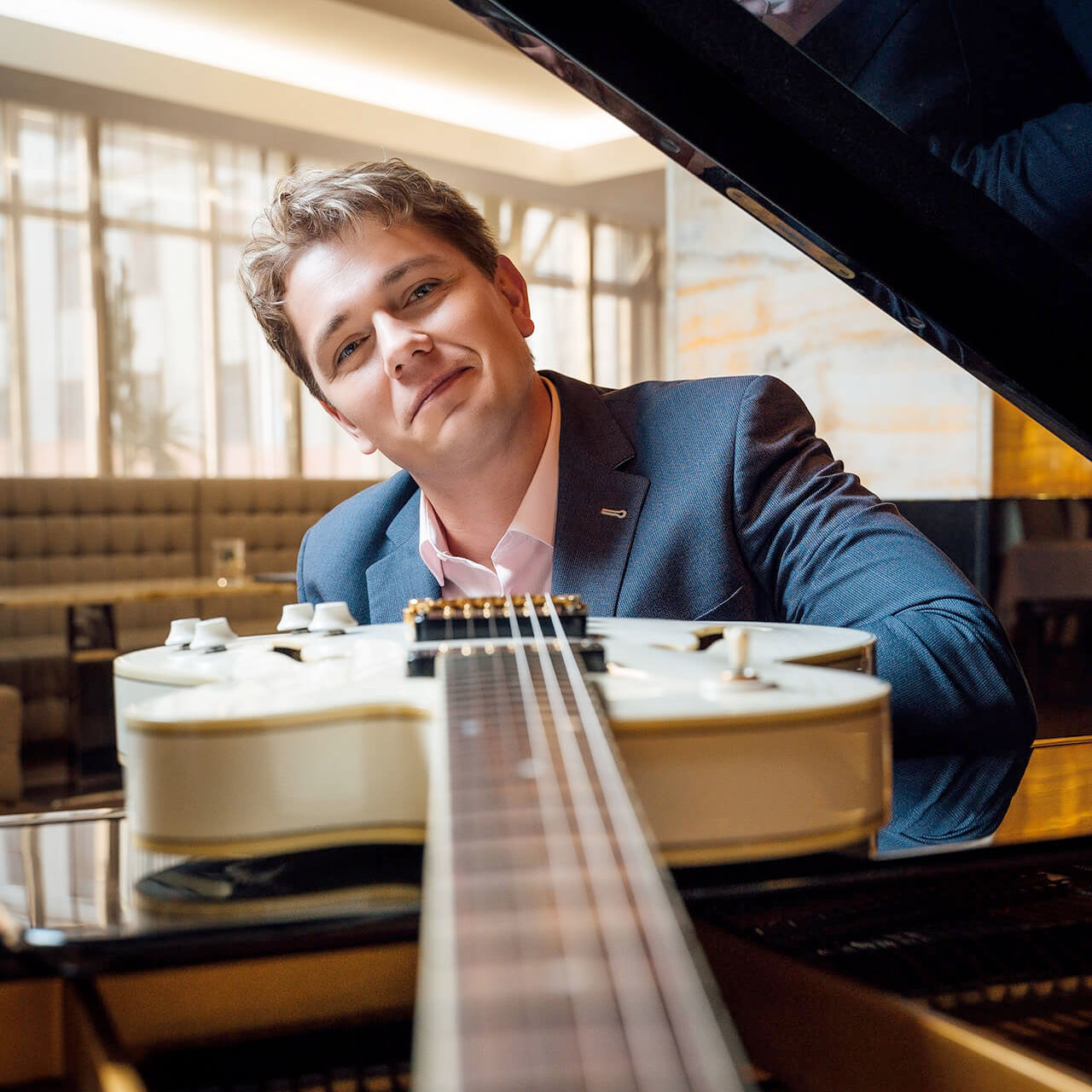 Guitarist and singer who has been in the musical environment for almost 20 years. He studied music conservatory in Prague. In recent years he has been actively involved in music production and sound engineering.

Since 2000 he started to play in the bands Fontana and Hornet in the Highlands, with whom he performed many concerts. The year 2008 brought a solo project with the band Sworc, which won numerous music awards in the genre of Pop-Folk. Three years later he released his own CD – The Second Breath.

The year 2013brought him to perform concerts with singer Zuzana Miková. In 2015, he began collaborating on music projects in Germany and Switzerland.